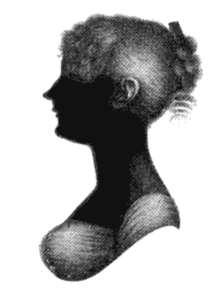 We all know that Cassandra was not only Jane’s sister but her best friend. It is because of the letters Jane wrote to her sister that we know so much about our beloved author.

Cassandra was born in 1773 at Steventon.  While Jane appears to have been the writer between the two sisters Cassandra was the artist.  In 1791, Cassandra produced a series of circular illustrations of British monarchs for Jane’s manuscript The History of England. Her other two notable works are the paintings of Jane. One, painted in 1804, is a back view of Jane seated by a tree. The other, an incomplete frontal portrait dated circa 1810, was described by a family member as being “hideously unlike” Jane Austen’s real appearance. This sketch is now housed in the National Portrait Gallery, London.

In 1794, Cassandra became engaged to Thomas Fowle. Fowle needed money to marry and went to the Caribbean where he died of yellow fever in 1797. Cassandra inherited £1000 from him, which gave her a little financial independence but, like her sister, she never married.

Cassandra is reported to have destroyed two thirds of Jane’s letters in 1843. After the death of her mother, Cassandra lived on alone at the Chawton cottage but continued to visit friends and relations. On one such visit to her brother Frank in March 1845, she suffered a stroke. She died there a few days later on 22 March 1845, aged 72. Her body was returned to her home village of Chawton for burial at St. Nicholas’ Church alongside her mother.